The Indian Railways carries nearly 1079 million tonnes of freight in a year. This translates to about 5000 freight trains daily. Freight trains bring two thirds of the Indian Railway revenues and are referred to as the bread earners for the Railways. The major commodities carried by Indian Railways are Coal, Iron Ore, Foodgrains, Iron & Steel, Cement, Petroleum products, Fertilizer and Containerized Traffic. There are specialized wagons to handle the transportation needs of the different types of commodities. Unlike passenger carrying trains, freight trains do not run to a fixed schedule and thus making freight operations a highly information intensive activity. Based on this information managers make allocation decisions continually to dynamically optimize utilization of resources like wagons, locomotives, crew and paths on the network. Real time information allows good decision making and thus ensures high levels of mobility within the system. The Freight Operations Information System (FOIS) was the first project which CRIS embarked upon. In fact the creation of CRIS is a by product of this effort in the mid eighties. FOIS began as an application to track and monitor the movement of wagons, locomotives and unit trains. Now it is a complete management module for freight trains handling the billing and revenue collections as well. It has played a major role in the improved wagon productivity on Indian Railways and the objective is to use the information to further improve productivity, customer service and thus meet the needs of a rapidly growing economy.

Apart from monitoring the movement of freight trains, the system calculates freight and other charges based on complex rules of business and generates the Railway Receipt , the bill payable by the shipper. Today electronic collection of freight has reached an astounding figure of Rs 270 crores per day. The system has the capability of tracking and tracing consignments and publication of information to the end users. Electronic Registration of Demand is also now a part of FOIS which brings convenience, speed and ease to customers through online registering of indents for Rakes and Wagons. To bring in greater transparency, Indian Railways have begun automatic allotment of rakes to customers for select commodities based on priority rules, operational restrictions, and commercial agreements. Services are provided to major customers by integrating FOIS with their legacy systems. It is capable of keeping record of asset ownership and maintenance, which is now being integrated to an SAP based asset maintenance management system. Most importantly, it also generates performance reports for terminals, train movements, asset use, financial statements and their trends over time that have been used for bringing about systemic improvements.

The application has been developed in house with a 3-tier architecture using Visual Basic 6.0 (EE), Oracle Tuxedo 10 (Middleware) and Oracle 10g as Database. Reports are available on J2EE platform accessible both on FOIS network and over the web at www.fois.indianrail.gov.in. FOIS is integrated with other operations modules of CRIS using an Enterprise Application Integration software and with banks and customer legacy system through SOA using web services. Oracle grid including Oracle Weblogic, Oracle Tuxedo and Oracle DB are used for the same. For more detail on FOIS Technology Click Here

The FOIS group is part of the operations applications division within CRIS working under the leadership of Mr. Niraj Verma, General Manager, an IRTS officer with 22 years of experience, on all application related issues and new developmental work. The technical team is led by Guljeet Grover, Chief Project Engineer and she is assisted by a group of senior software engineers that includes Karn Kumar, Manish Kumar, Satya Panigrahi, Sanjeev Kr Pal, Rajeev Siloiya and Ashish Sharma. Ms. Grover has more than 25 years of experience in the IT industry and has been associated with the project almost from its inception.

Designed and Developed By: 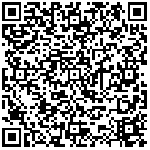